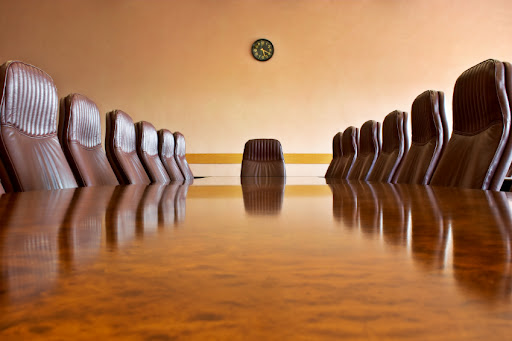 A new McKinsey survey finds that executives who move effectively into the C-suite are communicating priorities, valuing their teams, spending time on culture, and understanding their unique leadership role.

Nearly half of top executives say they weren’t effective at earning support for their new ideas when they moved into C-suite roles—and more than one-third say they have not successfully met their objectives during their tenures. But even successful transitions1didn’t require new executives to have all the answers, and certainly not within their first 100 days in the job. These are among the key findings from a recent McKinsey Global Survey on executive transitions,2which asked C-level respondents how they managed the business, culture, team, and self-management aspects of their new jobs.

While there is no single predictor of success in a new role, the responses indicate which practices link most closely to an overall effective transition. Organization-wide alignment, for example, is critical. Executives who made the most successful transitions say it was just as important to align their organizations on what not to do as it was to explain what they would do in their initial agendas. They relied more than others on their initial team of direct reports and spent more time learning about organizational culture, which all executives rate as the hardest area to understand. What’s more, these executives received more support and resources from their organizations and were better able to spend their time and energy understanding the issues that they were in a unique position to influence.

Making a successful transition to the C-suite is difficult: nearly half of respondents say they weren’t successful at aligning others around their initial objectives, and more than one-third admit that they have not successfully met their overall objectives for the role. Executives report the same difficulty regardless of their transition’s context: whether they made a lateral move or were promoted, continued in the same function or led a new one, or were internal or external hires.

This isn’t surprising, given the high expectations of new executives, the competing demands they must balance, and the fact that many of them feel they don’t have much practical support. Only 27 percent of respondents believe their organizations had the right resources or programs in place to support their move into a C-level role. Indeed, the responses from executives who have made successful transitions (those who say they successfully aligned others during their transition and have successfully met their overall objectives) suggest that support has a role to play: these respondents are twice as likely as all others to say they received company support.

There’s no clear deadline, though, for executives to move effectively and comfortably into their new roles (Exhibit 1). Roughly one-third of respondents (the most successful ones, as well as all others) say it took them more than 100 days to feel fully comfortable in the role. And regardless of the transition’s outcome, most respondents say it took them longer than three months to determine solutions for the key strategic questions they identified when their transitions began.

When asked about different aspects of their transitions, executives rank business-related activities among the most important to the transition’s overall outcome. The largest share say it was very or extremely important to create a shared vision and alignment around their strategic direction across the organization (Exhibit 2). This is also among the most difficult aspects to carry out: just 30 percent of all respondents (and 39 percent of those reporting successful transitions) say it was easy to create a shared vision in their new role.

Indeed, executives reporting the most successful transitions stand out from the rest in how they built buy-in and communicated a vision to their teams and their organizations. These respondents are nearly twice as likely as others to say their organizations understood their initial priorities well—and were much more effective at communicating which initiatives would not continue, given those priorities (Exhibit 3). The most successful executives also say that 69 percent of their direct reports actively supported their initial strategic directions, compared with 60 percent of direct reports for their peers.

Getting the team right

Regardless of the outcome, many C-level executives acknowledge that they did not have all the answers when they began their new positions—and that their direct reports played a valuable role. Most executives (including those whose transitions were a success) say they relied on their direct reports’ input when determining solutions to the strategic problems they faced at the beginning of their tenures. When identifying which activities were most important to the transition’s outcome, 86 percent of respondents cite mobilizing teams to function as a high-performing group, second only to creating a shared vision.

Executives tend to keep their inherited teams intact: 74 percent say at least half of their initial reports were still on their teams by the end of their transitions, and the most successful respondents made even fewer changes to their original teams. Respondents also believe it’s important to move fast to get the right people on their teams. A majority say their final teams were in place within the first year, but they still wish they had moved more quickly. While with hindsight, executives would have moved faster in every area of their transitions, they are most likely to say they should have acted quicker to put their teams in place (Exhibit 4).

While they wanted more time to build their teams, the executives who transitioned successfully are more likely than others to say they devoted the right amount of time to understanding the organizational culture. But cultural issues are difficult to act upon and to get right (Exhibit 5). Across the four areas of transitions we asked about, both internal and external hires agree that they most often struggled with implementing material changes to organizational culture.

Part of the challenge posed by culture is that many executives believe they don’t have accurate ways to measure or even describe it. This is especially true for external hires, 42 percent of whom say it would have been most valuable to have more information on culture during their transitions, compared with 29 percent of internal hires. Of all respondents, nearly half say that during their transitions, they assessed the effectiveness of their organizations’ cultures less rigorously than their business initiatives, or not at all.

During transitions, executives also struggle with self-management. Just over half say they spent too little time preparing for the personal demands and their own readiness in the new position (Exhibit 6). The executives with the most successful transitions, though, spent more time than others preparing for their roles, and they are 1.6 times as likely as others to report proficiency at the key skills for their jobs. What’s more, they report doing a much better job than others of understanding their unique role on the executive team. These respondents are also twice as likely as their peers to say that during their transitions, they had time to focus completely on the issues they alone were in a position to influence.